Cyclingpads: everything you need to know

07 Dec Cyclingpads: everything you need to know

Posted at 15:05h in HOW TO, Fondelli da ciclismo, Cycling pads by Teosport2020
Share

Cycling pad for bicycles, how it is made and what it is used for

The cycling pad is a fundamental part of cycling clothing, regardless of whether this sport is practiced on a professional or amateur level: even beginners should, in fact, be equipped with it.

It is a padding made of gel or foam (or a combination of both of these materials as in the case of special gel inserts) which is placed inside the cycling shorts in order to protect the groin area of ​​the cyclist from vibrations and from rebounds while pedaling.

In addition to the pads to be inserted inside the cycling shorts, there are models to be worn under clothing instead of underwear: this solution is particularly suitable for those who do not like to wear biker shorts.

A good seat pad for bicycles is able not only to absorb vibrations and shocks, thus guaranteeing maximum comfort for the cyclist, but also to improve their posture and, therefore, their performance.

Both the padding and the external coating should be made of technical and high quality materials in order to give the pad certain functional characteristics. The chamois must, first of all, have a certain degree of softness and elasticity as it must be able to adapt to the cyclist’s movements.

Furthermore, it must have a certain elastic memory, which means it must be able to return to the original configuration after being stressed, otherwise it won’t last very long.

Another key feature is breathability: pedaling wearing a wet garment in contact with the skin is really not very pleasant.The breathability of a pad depends not only on the materials used, but also on the presence of shaped and perforated channels: this technology is, in fact, able to guarantee air circulation and really fast drying. 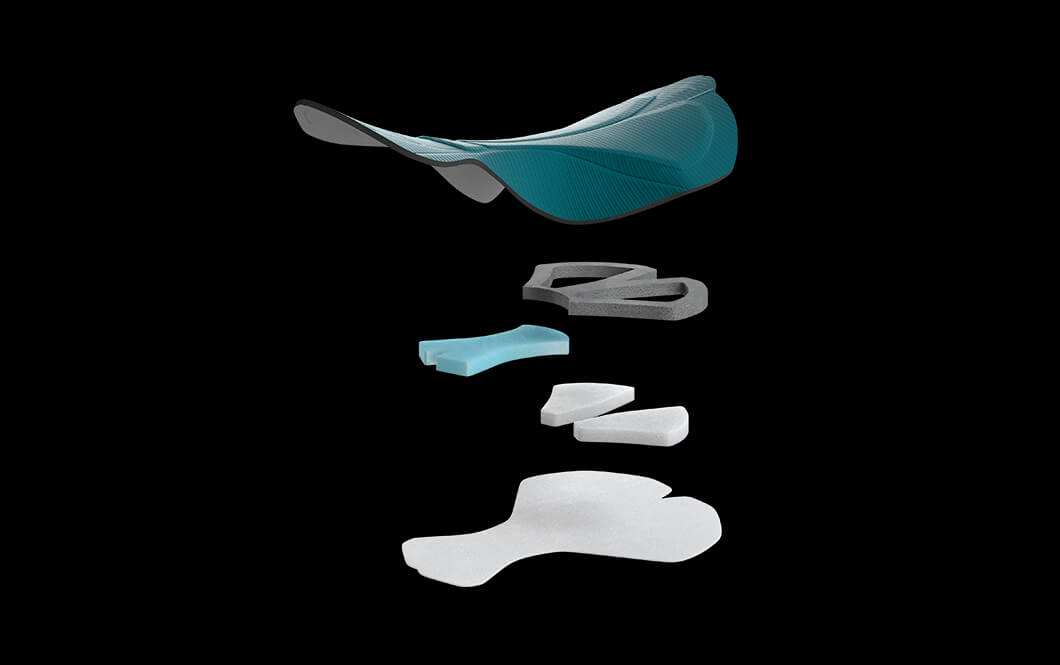 The pad should be easy to fit inside the cycling shorts, without excessive bulk: rounded tips and curved shapes able to adapt to any seam can really make a difference in this respect. Finally, particular attention shall be given to the printing of writings and logos on the fabric covering: the prints must, in fact, be made through specific procedures so as not to undermine comfort and performance.

The differences between men’s and women’s bike seat pads

The fundamental function of the bicycle seat pad is to ensure the comfort and protection of the cyclist’s crotch area.
Considering how much the anatomy of men differs from that of women, especially in that area, it is quite obvious that men’s bike seat pads must be significantly different from women’s ones.

As for the bone structure, women have a wider pelvis than men: in particular, the female pubic arch is wider than the male one.

As a consequence of this different bone structure, women, when they move forward on the bicycle saddle, feel greater pressure on the pubic area. A pad for women’s bikes must be made taking into account this greater pressure, with a thicker padding at the pubis.
Another fundamental difference between the men’s and women’s bicycle seat pads is the presence of a central channel that has the function of accommodating the different anatomical conformation of men. In general, the chamois for men is wider, while the one for women has a narrower and more rounded shape.
There are pads for unisex bikes on the market, but they are to be avoided especially for those who are dedicated to cycling constantly: in fact, they do not ensure the same levels of comfort and performance as those specific for men or women. 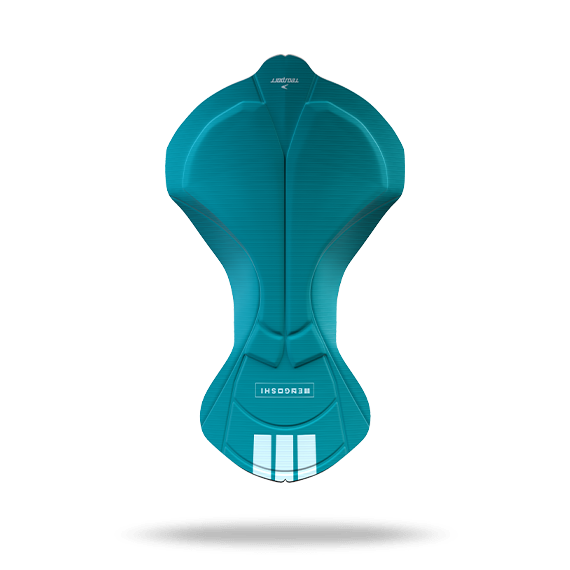 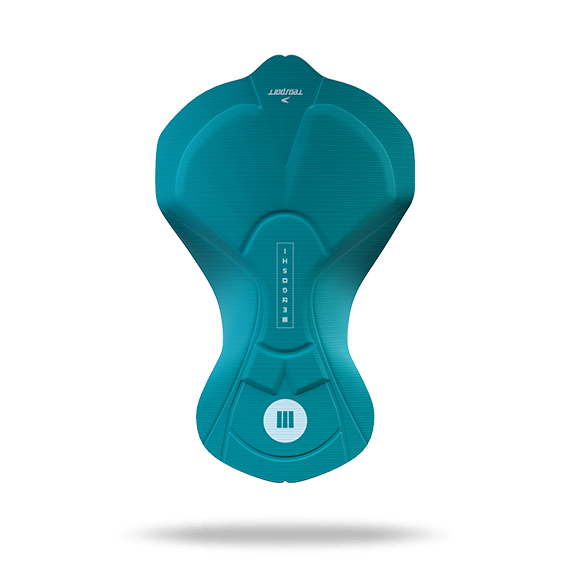 How to choose the right bike saddle for your bike

Bike shammies for men and women are far from being the only two existing types. There are, in fact, many other factors that influence the choice of the bike pad:

The type of bicycle heavily influences the choice of the pad.

The cycling chamois for racing or road bikes aim to protect the perineal area in particular, while those for mountain bikes aim at the ischial bone area. The models for mountain bikes also have a thicker and denser padding, considering the greater stresses to which the cyclist who practices this discipline is subjected.
There are also specific pads for Triathlon enthusiasts: these models guarantee maximum ventilation and minimum bulk so that they can be comfortably worn by the triathlete throughout the entire competition.

The duration of the bike ride can be long (over six hours), medium (between 4 and 5 hours) or short. Long rides require a denser pad than short ones. The rider’s level should also be taken into consideration when choosing a bike pad. While professionals generally prefer the stiffer models, beginners probably need softer padding as they are not yet familiar with the bicycle saddle.
There are specific bike pads for children and teenagers, which take into account the different physical structure of children compared to adults. Unlike the pads for adults, those for children and teenagers are unisex. 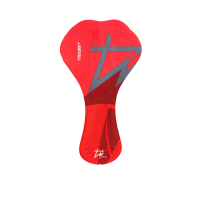 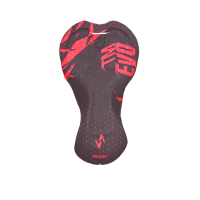 How to take care of your shammy

Cycling shorts and cycling chamois should always be washed after each use: leaving the garment impregnated with the salinity and acidity caused by sweating can, in fact, not only contribute to its premature damage, but also increase the risk of irritations.

If it is not possible to wash the chamois immediately after returning from the bike ride, it is advisable to at least rinse it quickly under cold water and then wash it at a later time.
Hand washing is undoubtedly preferable to washing in the washing machine. If you opt for the washing machine, some precautions must be followed, generally also reported on the caseback packaging.

Firstly, high temperatures should be avoided as they could damage the garment; 30° C (85° F) is the most suitable temperature for washing the pad in the washing machine. It is a false myth that the warmer the water, the greater the bactericidal power of the detergents: at 30° C the detergents are perfectly capable of killing bacteria, without, however, affecting the integrity of the garment.
It is preferable to use delicate and hypoallergenic detergents, i.e. free from perfumes, coloring and whitening agents and above all parabens: traces of these substances could, in fact, remain in the chamois despite careful rinsing and contribute to irritate the cyclist’s skin.
It is suggested not to add fabric softeners or bleaches as they could ruin the padding of the chamois, making it too soft.

To remove excess water before drying the garment, it is advisable to compress it with your hands instead of squeezing it.

The dryer should absolutely be avoided as it could dry the padding of the chamois: it is better to hang it or lay it flat, without, however, exposing it directly to sunlight.
There is no need to iron the bike pad, on the contrary, the heat from the iron could damage it. 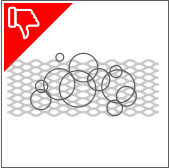 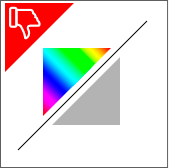 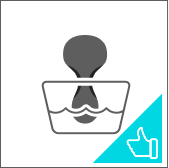 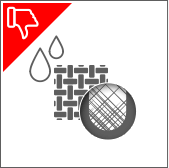 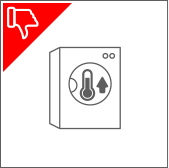 What to wear under cycling shorts

Under cycling shorts or under the bike pad, if used as underwear, it is better not to wear absolutely anything: these garments are, in fact, designed to be in direct contact with the cyclist’s crotch area.
Unlike specific cycling clothing, underpants and boxers are not made of technical fabric and, therefore, do not have the same characteristics of comfort and functionality.

First of all, since they are not able to absorb sweat quickly, they can remain wet for a long time: wearing them under the bike seat is, therefore, a mistake as it nullifies one of its functions.
Secondly, underwear, unlike bicycle pads, also has very thick seams on its surface which, rubbing against the cyclist’s skin, can cause redness and irritation.
For those who do not like to wear cycling shorts, the optimal solution is to opt for underwear bike pads, which can be worn under normal clothes. These models generally have a medium density and an extremely smooth top surface which further increases comfort without undermining their support.
Even the underwear pads are distinguished in models for men or women and are shaped taking into account the different anatomical structures.
Some cyclists like to apply a cream to the bicycle seat in order to further reduce friction: it is essential that it is a specific cream for this garment.